Capital Standard Industries, Inc., based in Atlanta, GA, has been in operation since 1991 and is a member of a worldwide affiliated network of 29 similar Merger and Acquisition Private Investment Banking firms. (view complete list here)

Capital Standard Industries has negotiated numerous transactions on a global level, in locations such as Ireland, Japan, and Russia. Previous clients include General Electric, Kimberly Clark, Revlon, and more than 300 others.

Capital Standard Industries is proud to represent a range of clients from large to small and lists most of the medium to large US Based Private Equity Firms as clients. The company also has broad experience completing transactions involving smaller firms and family-owned businesses. 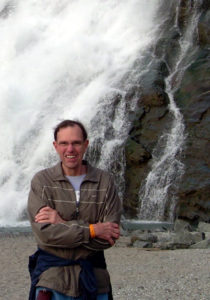 Bill’s 40+ years of experience in all aspects of business includes starting, owning, buying and operating a range of businesses from startups to $200MM public companies and Fortune 200 Divisions. His unique background includes marketing, engineering, manufacturing and executive management in firms such as General Electric, Nortel, Lanier, and Harris Corporation. Bill’s diverse experience includes the Presidency of a company with 2000 employees and the developer of 10 patents.

As an accomplished entrepreneur he has been responsible for the startup of four companies in the technology, banking, retail, and healthcare markets.

In the investment banking area, Bill has personally initiated and negotiated more than 100 mergers and acquisitions. He also spearheaded the team that negotiated the initial entry of Nortel into the Japanese telecom markets.

An Engineering Graduate of Union College with an MBA in Finance and General Management from Vanderbilt University, he enjoys traveling with his wife.